In God's House by Ray Mouton 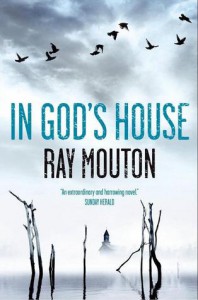 This is the first person account of a young catholic lawyer who, in 1984, was hired by the Church to represent the first priest to be formally prosecuted for the sexual abuse of young boys in Louisiana. What at first seems like a singular case of one perverted man turns out to be just the tip of the iceberg. More crimes are uncovered, soon it becomes fact that the deviants' superiors knew all along and covered up abuse and even murder - and transferred the priests to new parrishes and new victims. It's a fight against windmills, however, to get the Church to recognize their grave mistakes and atone - and protect the innocent lives forever destroyed by their own priests, men in a position of power and moral authority, instead of their own reputation and standing in society, a fight still on-going even now, 30 years later.

Mouton, or as he calls himself in the novel Renon Chattelrault - and make no mistake, the names might have been changed, the whole thing disguised as a fiction novel, but the essential story is true -, loses everything in his fight to get justice and help for the victims, to get the Church to acknowledge their existence and responsibility for them, his marriage, his health, his love for his profession, and his faith in the catholic church... even his self-respect.. And he's relentlessly listing everything that went wrong here. Since he no longer believes in the institution of the Roman Catholic Church (and it is hard to do so after reading of these events), I'd also liken this recount to a confession of his own role, told without self-pity, just laying it out there for everyone to judge.

The power of this story doesn't come from the obvious heinous crimes depicted - because, even when faced with multiple perpetrators, it's still easier to cope by claiming that these are sick individuals, despicable perverts. And what does that tell about society as a whole? But what's really unbelievable and sickening in its own way is the role the Church takes: turning victims into villains, telling children they have to confess *their* sins, threatening children with court trials for defamation, enabling pedophiles by sending them to other parrishes/schools/prisons with juvenile delinquents, denying the systematic problem by claiming it's just the actions of a few individuals...And the power lies within the moments of immeasurable courage of a young boy taking the stand against a bishop and all his legal forces. And the shards of glass hurting immensely when another boy can't endure the pain and pressure inflicted upon him any longer. The moments of hope and betrayal and despair when time and again the underlying need to help the victims is stymied. And I also would like to point out the exceptional portrayal of Matt Patterson whose compassion touched me deeply... a reminder that not everyone within the organisation is evil and self-centered, even in moments where it's hard to see the light.

The only thing that remains unclear are the real-life identities of the characters acting in the Vatican. The power-hungry German Cardinal Kruger who's set to become the next pope... is this meant to be Ratzinger? But the background given doesn't match Ratzinger's... Unfortunately, while almost everyone named in the story is called by his real name in the afterword, Kruger isn't. Is this because the events in the Vatican are the only conjecture ones in this novel, the only ones Mouton wasn't witness to and therefore can't vouch for? Are Kruger and his allies a substitute for a larger faction within the Vatican and just used as individuals to simplify the story? And what exactly was John Paul II's role in the whole series of events? Because, as benevolent as he is portrayed here... he wasn't capable of (and/or willing to?) putting an end to the obfuscation and hipocrisy, prefering in the story to pray in private for the victims. I realize that apparently he didn't have the power within the Vatican to actually send an impartial or sympathetic person to investigate, instead the investigation that he called for got, once again, held up/influenced/whatever you want to call it by Kruger's credo... don't let anything touch the Vatican, sully the Church's standing as moral institution, the problems of individual priests are not our concern... However, I just read the transcript of his speech to the US bishops in April 2002 (by that point the scandal that everyone had sought to avoid had spread widely) where he on the one hand condemned the crimes, but on the other hand thanked the bishops for their work in general, claiming that the catholic church was a piece of art, damaged by what happened, but still with everlasting beauty which no one could deny. Granted, he had to perhaps walk a very thin line, especially being already weakened in spirit and body in 2002... but if I had been a victim, I'd have felt betrayed by that, because it, again, minimises the devastating effect not only the crimes themselves, but also the actions of the Catholic Church in the meantime had taken. At least he urged the bishops to finally remove known sex offenders from their posts... at long last.

Mouton treads a very thin line between condemning the Church per se and condemning its actions. And I think he succeeds overall because while he, as Chattelrault in the book, professes incredulity over whatever hurdle the Church's lawyers put in his way, he nevertheless manages not to digress into Anti-Church polemics - he lets the facts speak for themselves, and they are condemning enough... especially for an institution which claims to do God's will on Earth. Except for Kruger, no one is depicted as evil - there're also a lot of good people with the Church, Desmond McDougall (and his real-life counterpart Thomas Doyle who, together with Mouton, wrote guidelines for how to deal with this situation, how to help the victims back in 1985 which were dismissed by the Vatican and the US bishops, ruining his own clerical career, and who to this day remains a spokesperson in this issue), Julie, especially Matt with his endless compassion, who offer those much needed sparks of hope that not all is lost. One thing's for sure, though, the structures within the Catholic Church need to change, need to adapt to modern age, for it to survive. And facing one's mistakes is just the first tiny step in the right direction.

Overall, a deeply moving book that stays with you for a long time.